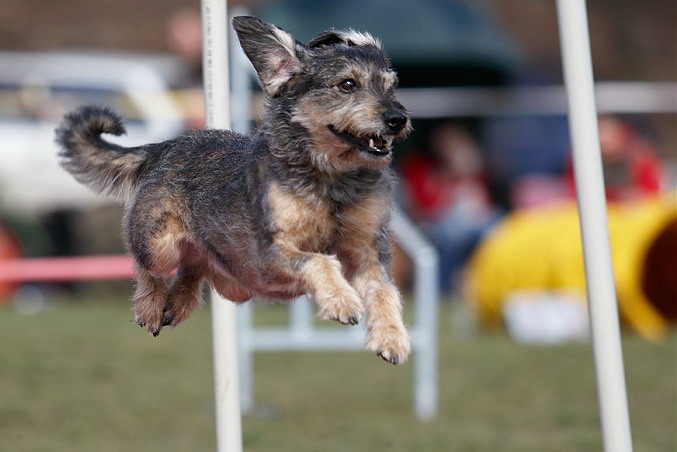 I was planning to take a half-year off from agility because Zombie got castrated and therefore we couldn‘t compete. However, I was such an agility addict back then so I started to train with another dog - Beni. He was a dog of Petra, a very good friend of mine. They did agility before together, but once she finished school and started to work full time she stopped to train completely.

Beni was 100% pure mix breed, mid-size, and already seven years old when we kicked off. The plan was to train with him only for six months, but somehow, unexpectedly we became a very successful agility team and enjoyed each other's company so much so those six months prolonged to two and a half years until I left to Prague.

Beni was simply a happy dog. He was happy when I came to pick him up and in the same way, he was happy when I brought him back to his home. This kind of cooperation between Petra and me worked perfectly. I took him for walks or to train several times a week and almost every weekend we spent at the competition. I never taught him technical stuff too precisely but we had such a good connection inside and outside of the parkour that we used to win almost every single competition where we attended. After three months of training together, we went to the Slovak Championship and won both individual and team titles. To run agility with him was as natural and simple for me as breathing. There was no pushing, no stress at all, and pure joy.

Actually, I should have mentioned that I used to be so stressed during the competitions years before, that my muscles were hard as a stone, my legs were unable to move, I couldn’t catch my breath, my heartbeat increasing and you do not want to know what was going on in my stomach just a few minutes before I was supposed to go to the start line. Once, I got stuck in the toilet (stomach issue… ) and I just could not leave, when suddenly Monika ran after me, started banging on the door and shouting: “Vendula get out of there NOW because this way the only thing you will win will be a piece of crap///you will spend the race taking the shit.” Yeah, good old days.

So now you can understand better how thankful I was for Beni because I could finally spend more time at the actual competition rather than in the toilet. In the end, Beni and I won the title of the Slovak Champion three years in a row. It was really crazy and I remember as if it was just yesterday. That feeling, when I finished the last run of the third Championship cleanly and I saw Milan’s face covered by tears while he was waiting for me at the finish line, was indescribable. I dedicated the run to Milan together with Zuzana and Monika, who were always by my side and supporting me no matter what at every single competition.

Btw Beni achieved the A3Champion title, which is a title given by the Slovak agility club if the team fulfills special requirements three years in a row. He was the fourth dog in Slovak agility history who received this title. Honestly, all these “shining” achievements made me super proud, but I have to say that even without them was Beni a unique dog and I am so thankful to have had him in my life. 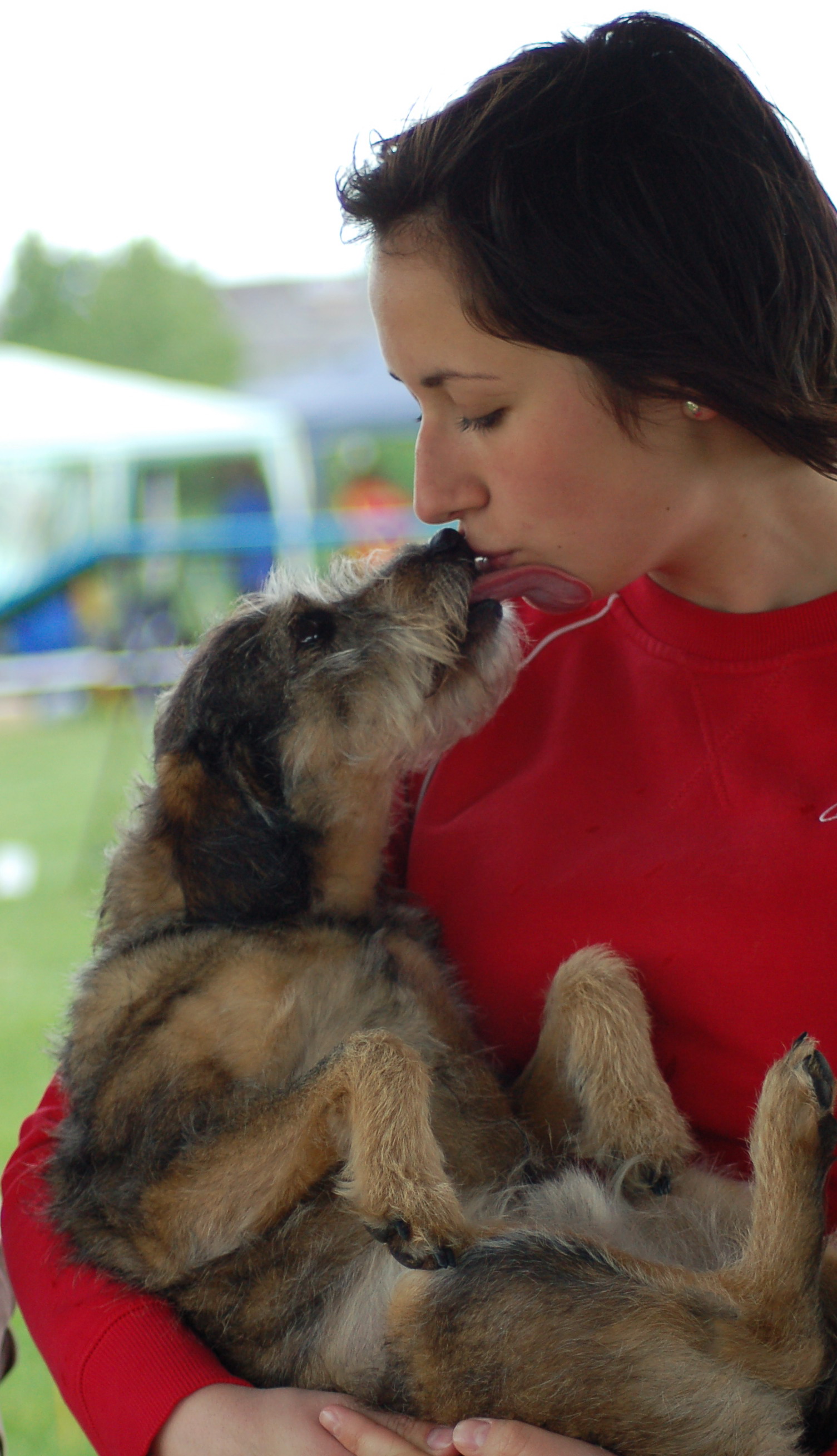 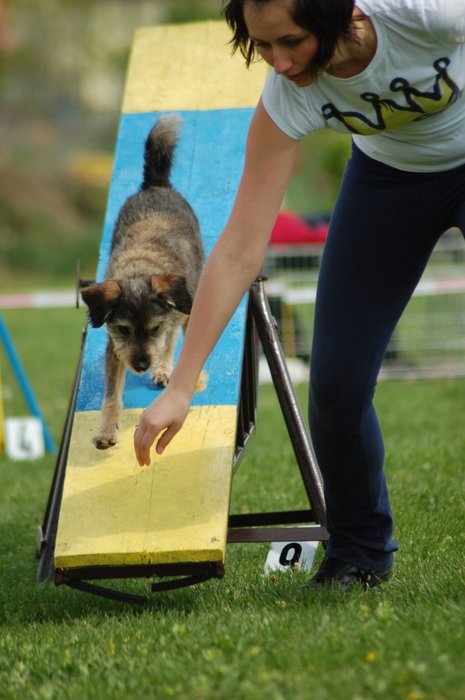 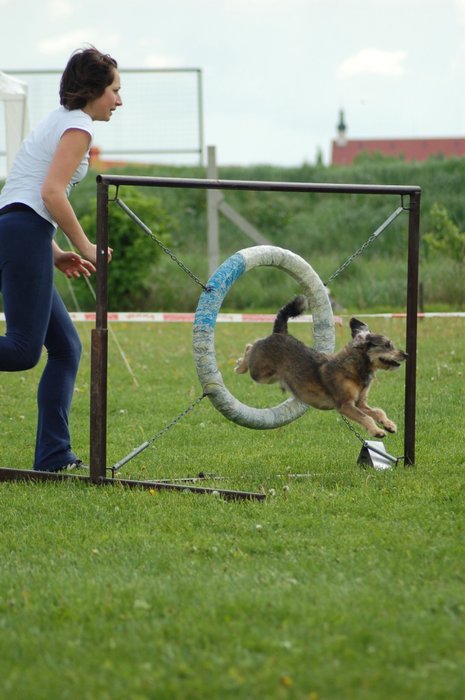 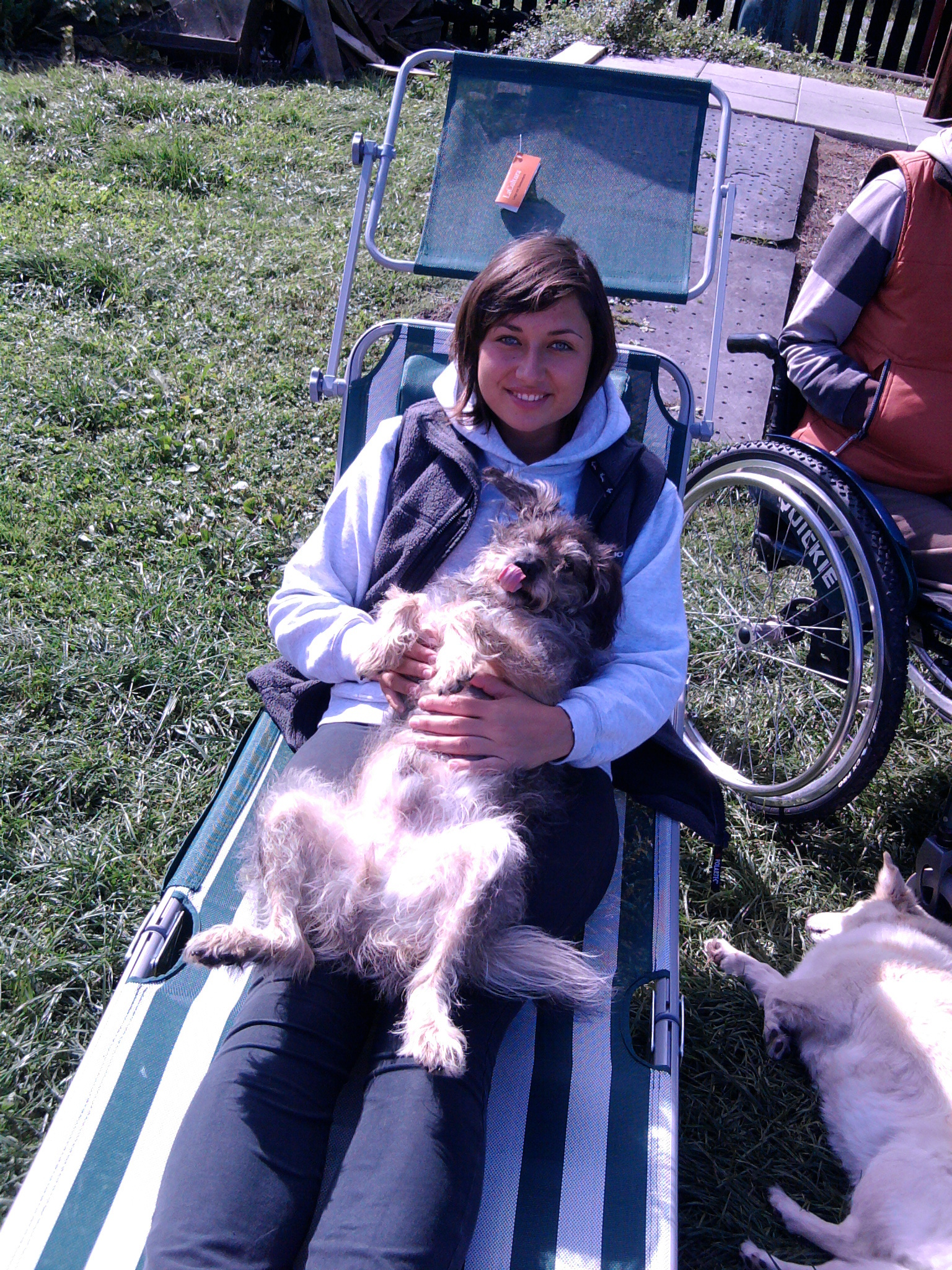